Where to start! I’ve got a fair amount to get through so I’m just gonna jump right in! I’ll group things by brand and link it all at the bottom.

I used to get all my makeup brushes from Lottie London so now that they’re rolling out lots of makeup I have been wanting to try a selection of their stuff. Firstly their packaging is super cute, I really like the metallic logo and product names on the liquid lipstick and eye foils, definitely the sort of thing you want to display on your makeup table (or desk in my case). 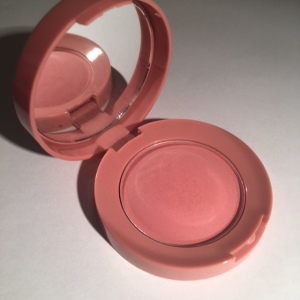 I couldn’t decide between the shades Zayn and Justin as they both looked quite peachy and I like a peachy blush. In the end I chose the shade Zayn.

These are SO pigmented, seriously, INSANELY pigmented!

You only need a small amount of product to add colour to your cheeks. The mirror is a really good size as well which is definitely a selling point.

Is it worth the money? Definitely, for a cheap drugstore blusher its a really nice formula and has great pigmentation. If anything its a little too pigmented which makes it hard to work with, you need to blend… A LOT so that you don’t look like crazy

Would I buy it again? Probably although I don’t think I will need to for a really long time given how little product you need to get the desired affect. 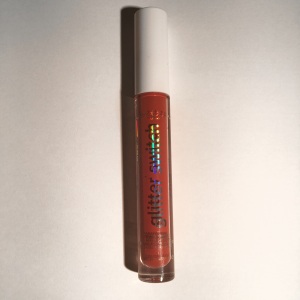 I have to say I mainly picked this up because I was intrigued by the idea of “Glitter Switch” but also this coral colour was calling my name! The idea is that once the lipstick is dry you can press your lips together to reveal glitter lips.

This one comes in 4 shades Wanted, High Roller, Dream on and Killin’ it. I’ve picked up High Roller.

It has a slim doe foot applicator, which isn’t the easiest to use. The colour is gorgeous and the glitter switch is really cool. Although not really an everyday sort of thing, maybe for more of a festival or night time look.

In terms of staying power… it is extremely long lasting! The swatch I did on my hand in Superdrug took a lot of scrubbing to remove.

Worth the money? £7 is not a huge amount to pay for a liquid lipstick and it is definitely worth it.

Would I buy it again? Yes yes yes, I want this in every colour! The staying power alone is enough to convince me.

I find it a little odd that they decided to call a blue shade fire because it makes me think of warm tones and oranges and reds not blue. Either way this shade is stunning! As is the pink shade, savage. Although on the eye its not as pink as it is in the bottle.

I haven’t had the chance to use the blue shade yet, its not the most versatile colour as I only see it working with blue or purple eye looks. I have used the pink shade though, and it makes a poppin’ inner corner highlight as well as looking good all over the lid.

Worth the money? Yes, I’ve seen other people call it a dupe for the stila magnificent metals (which is much more expensive)

Would I buy it again? Yes, although as a person who rarely wears bold eye looks I’m probably wouldn’t buy the blue one again because as much as I love it, I just don’t see myself using it enough.

My current holy grail, I cannot live without this!

It claims to be medium coverage but I think it’s more like full coverage which makes it perfect for covering up dark circles. I picked up the shade 53 because I have the foundation equivalent of this in the same shade.

I really like the formula of this and it smells sort of fruity like the foundation. They also blend really nicely together.

Worth the money? It’s not the cheapest concealer but honestly it’s so good I don’t mind paying a bit more for it. I will probably wait for a 3 for 2 deal though…

Would I buy it again? Yes yes yes and YES! 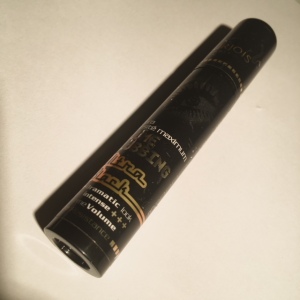 I have to say this is the first mascara I’ve owned that isn’t a plastic brush, and I really like it! It gives a much more natural look while still adding volume and length. It’s my go to everyday mascara now.

I probably wouldn’t choose to wear it with a full face of makeup (bold eyes, bold lips, the works) but its perfect for natural makeup.

Worth the money? £7.99 is not a lot to pay for mascara and the brush is so nice, it could easily be more than that.

Would I buy it again? Probably although I’ve had better mascaras, but for a subtle look this is the perfect mascara.

It looks like such a stunning colour but it is so hard to get any pigmentation! Which is super annoying, however if you are after a more subtle everyday glow then this is the highlighter for you. After all we can’t all wonder round looking like glazed donuts now can we!

It comes with a little brush which to be honest isn’t very useful, and more than anything just gets in the way.

Worth the money? No, I’ve had £5 highlighters that are 1000 times better than this one.

Would I buy it again? No, I doubt I’ll even use it that much to be honest. 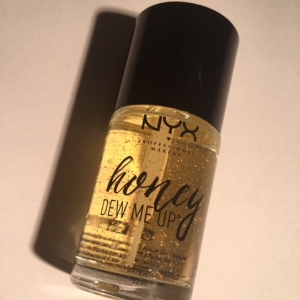 I have wanted to try this for SO LONG! I’ve put it off for ages but I couldn’t resist any longer.

It smells amazing, and it really does remind me of honey with its colour and sparkles suspended in it.

The little plastic spatula style applicator is a bit odd but I found it means I don’t apply too much. When I first put it on it felt a bit oily but it soon sunk in and became more tacky feeling.

Worth the money? Personally I don’t think I can be dropping £15 on primer all the time, but this is a really nice primer. It has a really lux feel to it.

Would I buy it again? Definitely! 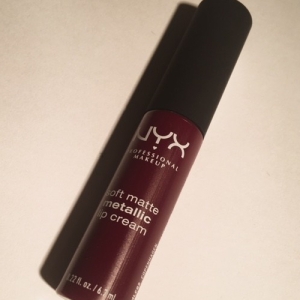 I have the soft matte lip cream in the shade London  and really like the formula so thought I would try another colour. Despite it being metallic I actually love this colour! It isn’t to shiny or sparkly which is a relief and means its actually quite wearable. I also picked up the matching suede matte lip liner (also in the shade Copenhagen – £4) and the suede matte lip liner to match my other lip cream (London). The lip liners apply really nicely so I’m glad I got them. Never underestimate the importance of a good lip liner!

Worth the money? It’s quite a small tube for £6 but it is a nice formula. Nyx is a little bit more expensive than other “drug store” brands so I would expect to pay a bit more for anything from them. I suppose it is worth the money.

Would I buy it again? Yes but in the matte version not metallic, I am a much bigger fan of matte lipsticks.

I needed a replacement contour powder, and I didn’t want to splash out on a whole palette so when I saw that Nyx sold these little single powders I picked one up. I went for the shade Sienna which is described as “matte light brown with pink undertones”. I tried to pick a cool shade, but I didn’t want to go too cool because it can look grey.

Worth the money? I think so, it’s cheaper than buying a huge palette and only using one colour. There are also so many shades to choose from so you could definitely find the shade that’s right for you.

Would I buy it again? Definitely, depending on how I like the shade, I might choose a cooler or warmer toned powder.

Firstly the packaging is super cute, I am a sucker for anything with a holographic logo! 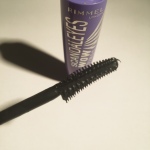 I bought this because I was intrigued by the wand more than anything. One side is like a normal styled wand, the other side is shaped like a wing.

When I first started using this I have to say I found it really hard to use, it made my lashes so clumpy! Now that its been used a little bit and has started drying out slightly it’s much easier to use and I like it a lot better.

Worth the money? £7 isn’t a lot to pay for a mascara so I would say definitely.

Would I buy it again? Yes, but I wouldn’t wait for my old one to run out fully because it takes a while to get to a point where it is actually usable.

Hailed as the must have dupe for Tarte Shape Tape I had to try this!

It comes in LOADS of shades, I picked up the shade C8 which is perfect for me at the moment post summer while I still have a tan, I think I’ll need a lighter shade for the winter. Also it’s worth knowing that the shade does change slightly when its applied as it oxidises quite quickly.

The doe foot applicator is a quite big, which is nice and makes it feel a bit more expensive.

Worth the money? Hell yea! £4 is so good for such a nice concealer and they now do a supersize version for £7!

Would I buy it again? I would, and I would probably pick up the bigger bottle as well!

And that concludes my (massive) drug store make up haul!

What make up should I try next? Leave me a comment if you have any good drug store make up suggestions or products you think I should try and let me know if you want more hauls (make up or otherwise)